Tyndale Publishers recently had a $5 sale on a large selection of titles and I couldn’t resist the opportunity to get a bundle for a bargain! After waiting around (impatiently) for about a week or two, six lovely paperbacks arrived, and I thought I would let you in on what I purchased in case anything looks interesting to you!

Unfortunately, the sale isn’t running anymore; but it never hurts to keep checking Tyndale’s website as you never know when they might have another large scale discount going on. They almost always have a regular sale section with various titles rotating in and out– though not usually as low as $5. And of course, you can always wait for me to write up a review to see if it sounds promising enough to be worth your money. 😉

I chose six novels in a plethora of subjects and settings. Here are the titles and some of my first impressions looking over the covers…

Centralia by Mike Dellosso~ Thriller/Suspense. Peter Ryan wakes up with no recollection of the tragic death of his wife and child in a car accident. Resurfacing memories, a note written in his daughter’s handwriting, and armed men showing up at his house all add to the dangerous puzzle. Thoughts: This looks as if it will give me goosebumps. Um, the author’s name is so big on the cover of this book I couldn’t figure out if the title was Dellosso and his last name was Centralia, or vice versa.

The Alliance by Jolina Petersheim~ General Fiction, but hailed as “an apocalyptic novel ablaze with hope.” When a small plane crashes in her Old Order Mennonite community, Leora Ebersole has no idea it’s the beginning of drastic changes. Widespread power outages make her home the only source of self-sustaining food in the region, and the pacifists are forced to to forge an alliance with a handful of stranded Englischers in an effort to protect their supplies and lives. Thoughts: Love this cover. What time period is this set in? Is this going to be a series or stand alone?

Seakeeper’s Daughters by Lisa Wingate~ Contemporary. The inheritance of a Gilded Age hotel accompanied by the discovery of an old necklace and a depression-era love story  may change everything for Whitney Monroe, who is desperate to save her high-end restaurant from a hostile takeover. Thoughts: I’m feeling a little skeptical, the description for this book doesn’t tell me much about the heart of this story. The cover is gorgeous, a woman sitting by the sea basking in sunlight– the image makes me think of mermaids.

The Choosing by Rachelle Dekker~ General Fiction, but one look at this tells me it’s Dystopian. Carrington Hale never expected the moment she’s spent a lifetime preparing for– her Choosing Ceremony– to end in disaster. Ripped from her family, she’ll spend her days serving as a Lint, the lowest level of society, because she knows it’s her duty to follow the way of the Authority. Rumors of rebellion rattle her beliefs when she is offered an unprecedented chance at the life she’s always dreamed of. Does the Authority truly know what’s best for society? Thoughts: everything about this, especially the cover with it’s mirror image, makes me feel as if it’s a Christian spinoff of the Divergent series. I’ll have to read it to see if it is unique and memorable.

Saving Amelie by Cathy Gohlke~ Historical. It’s 1939 and Rachel Cramer receives a cryptic letter with a plea for help from an estranged friend. Married to SS officer Gerhardt Schlick, Kristine sees the dark tides turning and fears her husband views their daughter Amelie–deaf since birth–as a blight on his Aryan bloodline. Thoughts: None of the books I’ve read recently are from a mother’s perspective, so I’m looking forward to this. I’m laying bets the main character will end up being of Jewish descent. Not thrilled with the cover art, something about the picture seems unfinished, as if it needs a frame around the edges.

Price of Privilege by Jessica Dotta~ Historical. Having finally discovered the truth of her birthright, Julia Elliston is determined to outwit Chance Macy at his own Game. Holding knowledge he’d kill to keep secret, however, is proving more difficult than she imagined. Just when Julia thinks sh’s managed to untangle herself from Macy’s clutches, the scandal of the century breaks loose. Cause in a web of deceit and lies, armed only with a fledgling faith, Julia must face her fiercest trial yet. Thoughts: I have a feeling I’m going to either really love or really dislike this book. I’m wondering, also, if this is based on or inspired by a true story?

Which one would you read first? Which would you save for last? 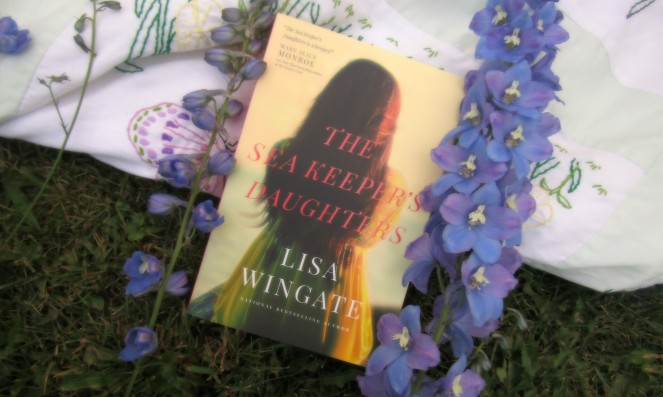 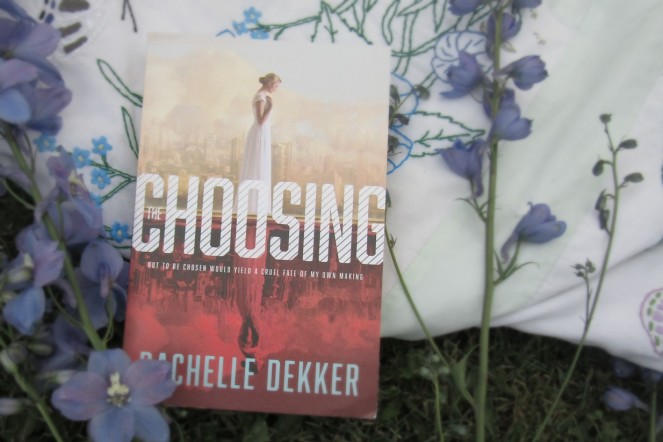 One thought on “Tyndale Book Haul!”

"Books are for the birds."
New post up on my blog,
There are so many ways to accidentally ruin a good library book, and at the library where I work we see all kinds of damage. But I think this is the funniest reason for disrepair I have ever come across... The young lady who returned this book said the nibble marks are from her bunny. 😂 Well, since it's Christian Fiction, at least her rabbit has good taste. 😆🐇📚📖🐰
I'm considering starting a Christian fiction subscription-- similar to makeup subscriptions such as Ipsy, but with books, a bookmark, and small bonus item/s. What would YOU want to see in a book subscription? Find out more details on my newly redesigned blog, www.apageoutofherbook.com .
Sneak peek of something I will be reviewing soon.... :)
There is a new book giveaway up on my blog! You don't have to follow me or jump through any hoops-- just go to www.apageoutofherbook.com for more information! 🌻🌸🌻