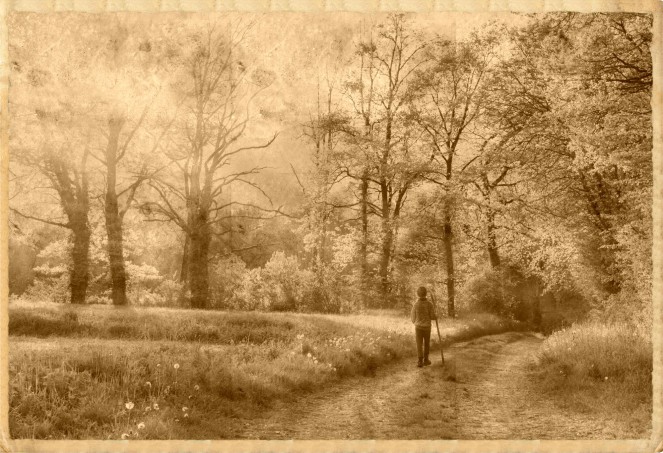 Recently I’ve been reading an old allegory by Hannah Hurnard called Hind’s Feet on High Places. Similar to Pilgrim’s Progress in ways, the main character (named Much-Afraid) is traveling up a mountain with the help of the Good Shepherd, hoping to someday make it to the High Places. Along the way she learns lessons and encounters various interesting characters.

I thought I’d share this snippet near the beginning of the book because I found it meaningful; to set the scene, Much-Afraid is making her way along the hard path up the mountain accompanied by two companions, chosen specifically to help her by the Shepherd: Sorrow and Suffering. Back at home, Much-Afraid’s relatives (who hate that she is keeping company with the Good Shepherd) send Pride to try to convince her to give up her endeavor. He plants doubts in Much-Afraid’s mind about the intentions of the Shepherd and actually manages to lay hold on her. Read along:

“Come back, Much-Afraid,” he urged vehemently. “Give it up before it is too late. In your heart of hearts you know that what I am saying is true and that you will be put to shame before everybody. Give it up while there is still time. Is a merely fictitious promise of living on the High Places worth the cost you are asked to pay for it? What is it that you seek there in that mythological Kingdom above?…

….”Poor Much-Afraid! The urge to turn back seemed almost irresistible, but at that moment when she stood held in the clutch of Pride, feeling as though every word he spoke was the hideous truth, she had an inner vision of the face of the Shepherd. She remembered the look with which he had promised her, “I pledge myself to bring you there, and that you shall not be put to shame.” Then it was as though she heard him again, repeating softly, as though looking at some radiant vision in the distance:

Behold, thou art fair my love; thou hast dove’s eyes.

Thou art all fair, my love: there is no spot in thee.

Before Pride could realize what was happening, Much-Afraid uttered a desperate cry for help and was calling up the mountain. “Come to me, Shepherd! Come quickly! Make no tarrying, O my Lord.”

There was a sound of loose rattling stones and of a prodigious leap, and the next moment the Shepherd was on the path beside them, his face terrible to look at, his Shepherd’s staff raised high above his head. Only one blow fell, and then Pride dropped the hand he had been grasping so tightly and made off down the path and round the corner, slipping and stumbling on the stones as he went, and was out of sight in a moment.

“Much-Afraid,” said the Shepherd, in a tone of gentle but firm rebuke, “why did you let Pride come up to you and take your hand? If you had been holding the hands of your two helpers this could never have happened.”

For the first time, Much-Afraid of her own free will held out both hands to her two companions, and they grasped her strongly, but never before had their hold upon her been so full of pain, so bitter with sorrow.

She learned in this way the first important lesson on her journey upward, that if one stops to parley with Pride and listens to his poisonous suggestions and, above all, if he is allowed to lay his grasp on any part of one, sorrow becomes unspeakably more unbearable afterwards and anguish of heart has bitterness added to it.

I feel as if that last statement is so true to life. Whenever I allow myself to think of myself as more than I am in Christ, humbling myself afterwards when I’ve repented is just that much harder. It’s as if I’ve put myself up on a faulty ladder above others; even when I realize how much danger I’m in and step off in repentance, it’s hard not to feel more deeply the awareness of my “lowered” position. Do you relate at all? Do you enjoy allegories or do you think they are too vague to be truly helpful?

Proverbs 11:2 — “When pride comes, then comes shame; but with the humble is wisdom.”

One thought on “Sneak Peek and Ramble, Hind’s Feet on High Places”

There are so many ways to accidentally ruin a good library book, and at the library where I work we see all kinds of damage. But I think this is the funniest reason for disrepair I have ever come across... The young lady who returned this book said the nibble marks are from her bunny. 😂 Well, since it's Christian Fiction, at least her rabbit has good taste. 😆🐇📚📖🐰
I'm considering starting a Christian fiction subscription-- similar to makeup subscriptions such as Ipsy, but with books, a bookmark, and small bonus item/s. What would YOU want to see in a book subscription? Find out more details on my newly redesigned blog, www.apageoutofherbook.com .
Sneak peek of something I will be reviewing soon.... :)
There is a new book giveaway up on my blog! You don't have to follow me or jump through any hoops-- just go to www.apageoutofherbook.com for more information! 🌻🌸🌻
Yay! I got my wish that this older copy of The Secret Garden would go to the book sale at our library! Best one dollar I spent this week 🌷🌷🌷🌷🌷🌷🌷🌷🌷🌷🌷🌷
Some patron at our library with a very kind heart organized the entire collection of Mary Pope Osmond Magic Tree house books in sequential order... 💑 Whoever you are, thank you! But um, unfortunately we order these books alphabetically by title, so I had to take all 54 books to the computer, mark them used in our system (what we have to do whenever we find books out of place) and then reorder the entire set.