Science fiction. Final frontiers, colorful characters, thrilling and imaginative challenges to overcome… I love it. But where’s the Christian Science Fiction? I realize it’s more difficult to write because so many of the common constructs of science fiction do not fit within a Biblical worldview, but it can be done. As a teen, for example, I read a lot of the Daystar Voyages series by Gilbert Morris. There was plenty of space travel, conflict, and even an “Intergalactic Academy”, but he removed the evolutionary worldview common to science fiction. Aliens were replaced with humans who had colonized other worlds generations before–and looked unusual due to limited gene pools and environmental factors.

And C.S.F. doesn’t have to be on such a large scale or set extremely far in the future; another book I’ve read, Offworld by Robin Parrish, tells the (invented) story of a team of astronauts who return to Earth after the first manned landing on Mars.

But I’ve had a difficult time lately finding titles I deeply enjoy in this genre. My most recent attempt has been The Shadow and Night by Chris Wailey. I’ve read about 140 pages so far, and it presents the vastly far future. A what if? story,  it imagines what the universe would be like if there was no sin (but it’s not heaven and Christ hasn’t returned yet.) At some mysterious point (I’m not far enough in to know more), God seemingly decided to give humanity a reprieve from sin, and has been holding Satan back… so literally everyone in existence serves and worships God. The main characters spend every day exactly as we wish we would– praying, praising God, working hard to better other’s lives; but everything begins to change when one person tells a lie. Sin begins to spread to others, and the protagonist is at the epicenter of it all. 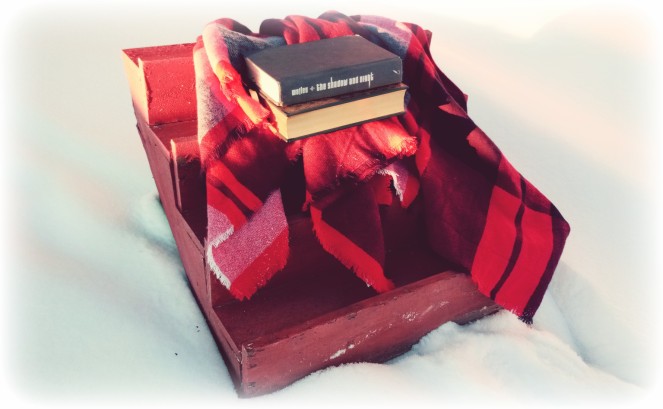 It’s a great exploration of multiple ideas; what might it look like to live in a truly Godly society? How does sin spread, and what are its consequences? Without sin, how would different personality traits express themselves (e.g. talkative/quiet, funny/serious)? How seriously should we take sin? All this against a backdrop of space travel and terraforming.

Unfortunately even with so many great concepts the pace is extremely slow. As I mentioned earlier, I’m 140 pages in, and I still feel as if nothing has happened! The dialogue goes on and on, repeating information that was previously covered…altogether I’m struggling, to say the least. There are two more books in the series (The Lamb among the Stars trilogy) so maybe it’s just taking a long time to set the stage. I really hope that’s the case and things will warm up soon, because this is one book I really want to love.

4 thoughts on “The One I Really Want to Love”